Don’t you always hate it when someone tries to always correct your own mistakes! Well, there’s an anonymous user who is doing just that, and I am about on my last thread with him. I was watching a hawk video last night, just like I always do every night, but then goes out and corrects me saying that its an adult hawk. Also, the anonymous user also corrected the owner, who had the ID of the hawk incorrectly specified in the title and description of the video. This guy is like the “Mr Know it All”, he’s so stuck up and wants to brag on his expert skills that it’s making me look like shit compared to him! Excuse my language but it MUST be said! Obviously, I didn’t watch over 5,000 videos on hawks just for the hell of it. I watched all these videos to learn about hawks, and one day live my life just like a hawk and eat live prey just like them! Yep, I’m being 100% true on that! I do get entertainment value out of watching them, but I also like observing them in their natural habitat and expanding my VERY little knowledge on them apparently. I’ve been watching hawk videos on YouTube for almost 2 years now, but now that I’m being corrected by someone who’s obviously smarter and better at everything than I am, its as if I’ve never watched any hawk videos at all. That’s how empty inside that I feel right now. I do have a case of autism, so little problems can turn into big problems really quick. Also, I can get agitated very easily because of the fact that I HATE criticism! I NOW know what the former admin of vidlii.com felt like when he was picked upon by dozens of users there! Well, screw this, I should run my own video sharing site, then I just ban people if they piss me off. Yeah, too bad that’ll never happened. I already gave up on creating my own traffic exchange website, which is an advertisement platform I used to create views on another person’s website. It got me nowhere, and I lost at least $7,000 promoting it! So yeah, creating some stupid, shitty website that’s never going to be as popular and well known than even VidLii is just simply POINTLESS! I won’t ever be mentioning the anonymous user’s name. I did in fact post a whole bunch of dislikes on the video that he corrected me on using multiple accounts, just to show everyone how much I TRULY hate him. He was correct on the ID, it is only me that is a complete failure and a loser! So, there you go! I should just change into a Red Tailed hawk and then my identity will be completely changed. At least by doing that I won’t be able to remember what those failures I made were, since I’ll have a much tinier bird brain. Okay, I better hurry and finish typing this out before my brain starts shrinking when I change into a Red Tailed hawk!

Here’s a picture that I screen-captured from one of @Pacificnorthwestkate‘s videos. This is a Red Tailed hawk looking down cutely, and staring directly at the photographer (Kate). You know what? I could be just like this hawk, just looking down and staring at my own problems! What a shame! 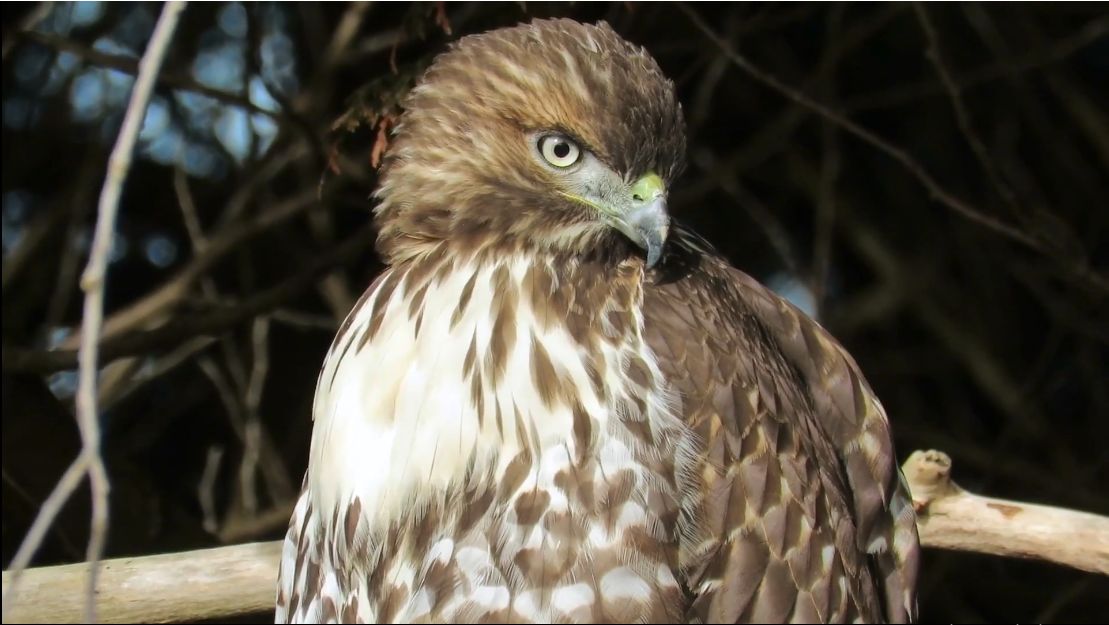 Want some more? Here’s a quick 44 second video of a Red Tailed hawk on a fence right when its about to fly away with a delicious pigeon in its talons! Ohhhh I’d so feast on that pigeon if it accidentally dropped it!

How Grateful Am I?

I am majoring in college to be a computer programmer. My favorite food is Buffalo wings. My hobbies include bike riding, listening to the radio, and watching YouTube videos. I used to play piano and guitar. I got my first internet working computer (which is this laptop right here), in November, 2008. I hope to achieve the use of this blog in the best possible way I can. By the way, my favorite animal is the Amazon Parrot and I really want to get one in a few years down the road. Edit: I decided that I'm definitely getting a Raven as a pet. I was going to get a Red Tailed hawk as a falconry bird, but because I don't want to hood my birds (since my mentor will hate me forever for not doing that), I'll be sticking with a Raven. I'll do a sport called Ravenry instead, how's that!